When traveling abroad, some things will stop you in your tracks and echo home. Meeting Mohanjeet was one of these moments. When traveling abroad, some things will stop you in your tracks and echo home.

Meeting Mohanjeet Grewal was one of these moments.
Maybe it was the familiar Punjabi name amidst countless Parisian boutiques you couldn’t pronounce. Maybe it was the way she reminded you of your grandma, the way she smiled at as you walking into her shop, and hugged you as if you’d met before. Maybe it was the way you saw your own spirit manifest itself in this lady who wore the facade of a sweet old woman grabbing your arm to cross the street one second, but then would run after a bus mid traffic the next.
She is the story of Punjabi woman who had come to the States in 1952 to pursue her Masters in Philosophy and Literature at UCLA, Doctorate at UC Berkeley, went on to become a political correspondent, work for UNESCO, and later move to Paris and start her own fashion label.
It didn’t take long for her to become one of the most sought after designers in Paris.
But her aesthetic was essential to this equation, answering the question:
Can you make it in the west without erasing your cultural identity?
1969 and 1970 were the years when the craze for Indian fabrics and fashions reached its nadir, and Mohanjeet, situated in the mecca of the fashion world, made the most of it. 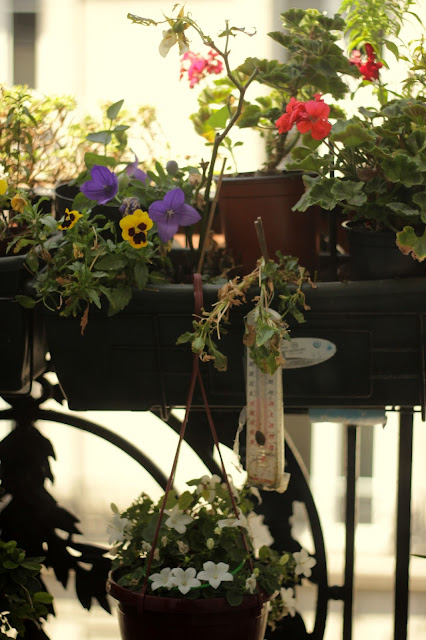 “I was the first one to introduce khadi and the vivid, contrasting Rajasthani prints to Europe,” her blog says.
She expanded the idea of fashion to new cultural horizons— far from any cheap exoticism, they have honored a cultural know-how and art of dressing.
But Mohanjeet’s reasons for starting her label were far from “passion for fashion” as so many stories often go. “I am against fashion, I like quality that lasts,” she often says.
For the young Mohanjeet, it was survival. New soul in a new space, starting her label shared a common thread with moving to Paris: Winging it.
“My life has been like a movie, I really can’t believe half of the things that have happened.”
Walking into her apartment, hoards of books, pillows, and plants speak to a life lived in engaging deeply, carving her own space, and watching it grow.
She’s beyond the romanticized notion that may surround a lady who spent her days in the rose tinted space of Paris at her prime. She is independence. She is wit.
She is Mohanjeet: the woman.
Now live: an editorial of Mohanjeet: the label. A LOVE LETTER TO NEW YORK Stuntin’ all the statement jewels from @ammarah.

SCENT = FEELING. Your sense of smell is one of the

A full South Asian set— from the outfit down to