The holiday season upon us, which means that ‘tis the season of mass consumption. Many of us already know of the detriments that come with careless mass consumption: high levels of waste, environmental degradation, to the exploitation of workers rights.

And while it’s great to give, it’s important to make sure that somewhere someone else isn’t paying for it.
Black Friday right around the corner, a day notorious for every marketing manipulation tactic— scarcity, urgency, upselling— compounded into a single day. So what should the conscious consumer do?
Black Friday and beyond, support the businesses that push the pendulum in the fashion industry as a whole toward fair rights for laborers, ethical sourcing, and transparency.
That’s why today’s collaboration is with Tonlé, a zero-waste ethical fashion label whose production model fights against nearly every shortcoming of fast fashion. There are generally two strategies for zero-waste fashion: creative pattern making that uses 100% of a given material, and generating garments from remnant materials. Tonlé combines the two.
The journey of a tonlé product begins in a heaping pile of factory scrap material. After scouting the best remnant material from factory castoffs (before they end up in landfills), tonlé designers work side by side with the production team to plan collections that incorporate even the tiniest scraps into original looks.
Even with minimal remnants left in making their own products, Tonlé then takes it’s own scraps and repurposes it into yarn to their own recycled paper for hang tags and gift cards. That’s how you get the distinct aesthetic Black Friday (and beyond) has created with accessories— take, for instance, their newest Maleng Poncho or Srey Crop Top.
With Tonlé, you’re not only buying from a brand that wastes its own material minimally, but is taking the waste from other companies. Or, in other terms, negative waste. THE ENVIRONMENT
Sometimes the term natural dye can be a misleading, as “natural” is not always the same as “non-toxic.” Many natural dye recipes rely on heavy metals such as lead and copper to bring out the plant-based colors; such metals are both hazardous to the people working on them as well as the ground they are often dumped into.
While tonlé uses some natural dyes in our production, all of their natural dyes are inert, non-toxic, and 80%, in fact, come from edible materials like soymilk and lemon.
Accessory: Maleng Poncho in Granite
Dress: Meala Dress in Wine THE LABOR BEHIND THE LABEL

When Tonlé founder Rachel Faller started the label, her first priority was to hire women in Cambodia, providing fair wages and good jobs.

Today, Tonlé employs around 50 people in its small factory, with all being local, and most women.

Many are connected to the company through nonprofits working with disadvantaged women, such as single mothers or women with HIV. Tonlé commits to paying its employees a competitive wage, capping days at 8 hours and offering flexible scheduling.

Zero waste is tied to social justice.
Recognize that limited natural resources are an issue of national and global security. As we run out of the natural resources that support us — like oil, minerals, and even fresh water — chances are we’ll end up fighting over the supplies we have left. At least 40% of global conflicts in the past 60 years had links to natural resources. What we buy, how it’s made, and how long we use it directly impact many of the people suffering from these conflicts around the world.

To put that into perspective, a conventionally made t-shirt uses the following resources:

Each year tonlé’s production, in contrast to a typical manufacturer, saves the following:

There are two levels in combating the exploitation of the fashion industry: starving the beast (fast fashion) while building the people’s power (ethical fashion). As you shop this holiday season, support the businesses that are revamping the fashion model in the most holistic of ways. SHOP TONLÉ HERE.
This post was sponsored by Tonlé. Special thanks to the brands that make ADIMAY possible! 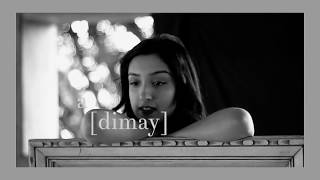