Let’s keep it real: the fashion industry is an engine that’s driven by modern slavery, whose success manifests from darker skinned people in what’s often referred to as ‘the developing world’ or ‘global south’. We tend to turn a blind eye to it, but cultural context has everything to do with the world of fashion. This article was originally written by Dominique Drakeford (photographed by yours truly above) for Eluxe Magazine.
You can find more of Dominique’s work on her blog MelaninASS.

Let’s keep it real: the fashion industry is an engine that’s driven by modern slavery, whose success manifests from darker skinned people in what’s often referred to as ‘the developing world’ or ‘global south’. We tend to turn a blind eye to it, but cultural context has everything to do with the world of fashion, from the underpaid workers in poorer countries sewing and weaving fibers grown by dark-skinned people in far away places, to the superstar designers dressing models up with ‘ethnic’ or ‘tribal inspired’ prints as part of their seasonal presentations.
A small community of people have become aware of these issues, and are aiming to bring them to light: I’m talking about the ethical fashion community. But could it be said that this mainly female-led group of sustainable fashion crusaders is yet another band of privileged white women essentially focused on first world problems? I would argue that yes, this is the case.
Ethical fashionistas are trying to push those wages up and improve the horrendous working conditions of garment workers in our main clothing supplying nations. But as I mentioned above, we need to go deeper and question is why our clothing production is outsourced to darker women in the first place? And the answer is not simple.

History has shown us that colonization, genocide and economic exploitation by Anglo/European races has often left those with darker skins in positions of poverty, vulnerability and instability. Whilst this history goes long and deep, it can be safe to say that the dominance of Anglo/Europeans around the globe is the result of a well-planned globalisation agenda, which sees those outside the realm of the white nations of power (think: northern Europe, Canada, USA, New Zealand and Australia) in rather vulnerable positions as the producers of our consumer goods; with very few exceptions (like tight American allies, Japan and South Korea), the developing world is merely seen as territory to be exploited for its raw materials and labour.
This duality is reinforced by trade agreements like NAFTA and the WTO, financial pressure from the IMF and World Bank, national taxation laws, amongst other instruments. Whilst such legislation and their effects are too complex to delve into in this article, the bottom line is that it could be strongly argued that the after effects of colonization, along with the impact of most global trade agreements leave the Anglo countries better off – and the countries with darker skinned inhabitants comparatively worse off. International banking and trade agreements often disempower those nations from taking control of their own economies, financial markets, labor laws and sovereignty, restricting them from developing their own models for production and growth.
When a nation dares take such control into their own hands, America and its allies have been known to send in the ‘economic hit men’ to pressure them back into a pro-American model. Think of what happened in Chile and Indonesia in the 70’s, or why Iran and Syria are under constant threat or attack by our governments today.
Furthermore, it seems that the rules that apply to the rich, generally whiter North are not applicable to the darker skinned South – for example, whilst white-guy owned companies like Louis Vuitton and Gucci are happy to shut down Chinese factories making copies of their bags, Isabel Marant, a well-known Parisian designer, created exact replicas of traditional apparel from the mixed communities of Santa Maria Tlahuitoltepec, in Oaxaca, Mexico – without giving them a penny for this blatant plagiarism.

ACTION MUST BE TAKEN

The ‘ethical fashion community’ needs to think a bit more, a bit deeper. For example, these are often the same women who brag about a big clothing donation they’ve made to Africa, without considering the economic devaluation they’re sparking for local clothing brands, who can’t compete with ‘free’. These are the same folks who will march up and down for ‘first world’ women’s rights causes like untaxed tampons, but would be unwilling to do the same for issues that affect darker skinned women, such as institutional violence or lower pay for equal work.
Read the piece in its entirety here. 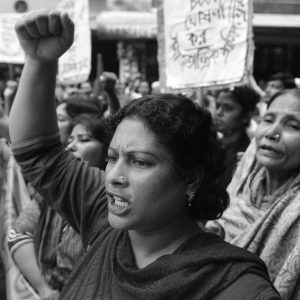 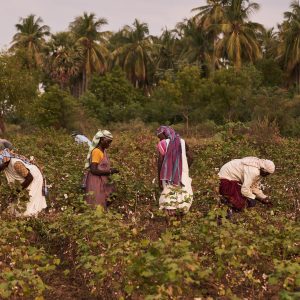 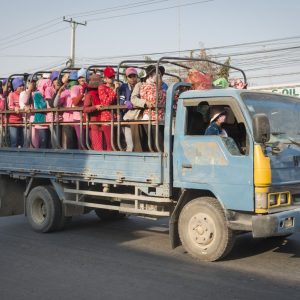